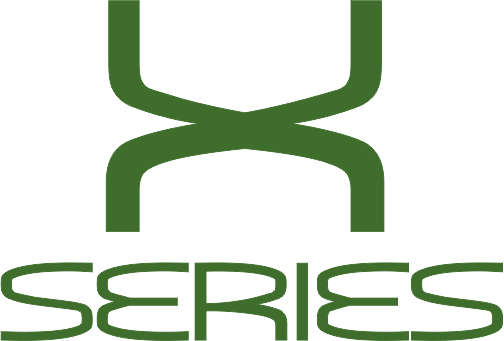 We are now receiving many requests for Fulvic acid information and resources from prestigious scientists and research clinics in the United States and abroad. The growing interest and excitement is simply amazing.

Until recent only very small amounts of Fulvic acid have been available for scientific testing. Most of the studies to date have been done on plant cells.

Although the majority of research and experimentation that has been done on Fulvic acid is in relation to plants, it is important to realize that human beings have been ingesting Fulvic acid complexes regularly for over 60 years in supplemental form, and for thousands of years from natural food and plant sources. The new discoveries involving Fulvic acid are very similar in nature to the recent important discoveries of valuable phytochemicals in vegetables that have always existed, but were hitherto unknown. Fulvic acid has always occurred naturally in organic plants and soils, yet its recent discovery and tremendous value is now just beginning to be recognized.

Accumulating testimonials from regular users, continue to substantiate the fact that the same beneficial properties related to plant studies and cells, hold true in relation to animals and humans as well. Clinical studies on animals and humans are beginnings, and updated information will be forthcoming. Preliminary findings show that the most prominent diseases and health problems of our day have been dramatically effected in positive ways by supplementation or treatment with Fulvic acid and other preparations enhanced, extracted, or chelated using Fulvic acid.

Uses beneficial to humans are not the only focus here either. The known agricultural benefits have enormous potential to heal soils of the world. Yet the majority of the agricultural community is virtually unaware of the implications. Industrial use for treatment of sewage and landfill wasted, neutralization of radioactive and toxic wastes, and a myriad of other uses are just beginnings to be realized. Fulvic acid has already been found to have tremendous potential.

One of Nature’s Most Powerful Organic Electrolytes

Fulvic acid is an organic natural electrolyte that can balance and energize biological properties it comes into contact with. An electrolyte is a substance that is soluble in water or other appropriate medium that is capable of conducting electrical current.

The power of an electrolyte has been shown in repeated tests on animal cells (giant amoebae), to be able to restore life in what researchers termed “a beautiful demonstration” and “astonishing.” When the electrolyte potential was taken away during the test, the cell ruptured and disintegrated into the surrounding fluid causing death. Upon reintroducing electrical potential, the cell reconstructed and became active and healthy!

It was also determined from these same studies, that similar results could be expected of the progressive weakness among humans that results from unchecked hemorrhage, overwhelming emotional stress, uncontrolled infections, unbalanced diet, prolonged loss of sleep, and surgical shock. These examples are all accompanied by a steady decrease in electrical potential that can eventually be reduced to zero at death. These studies show convincingly that that the physical well–being of plants, animals, and humans is determined by proper electrical potential.

Fulvic acid has proven to be a powerful organic electrolyte, serving to balance cell life. If the individual cell is restored to its normal chemical balance and thereby in turn its electrical potential, we have given life where death and disintegration would normally occur within plant and animal cells. Fulvic acid has the outstanding ability to accomplish this objective in numerous ways.

Fulvic acid is available at times as an electron donor and at other times as an electron acceptor, based on the cell’s requirements for balance. One of the reactions that occurs is always an oxidation reaction in which the chemical species loses electrons as a donor. The other reaction is a reduction in which the active species gains electrons as an acceptor. A recent study of the binding of a donor molecule to Fulvic acid in solution revealed direct evidence for donor-acceptor charge-transfer mechanisms. Trace minerals in the Fulvic acid electrolyte could also be beneficial in this process by serving as electrodes.

One of the Most Powerful Natural Free Radical Scavengers & Antioxidants Known

Free radicals of Fulvic acid behave as electron donors or acceptors, depending upon the need for balance in the situation. Fulvic acid can in the same way take part in oxidation-reduction reactions with transition metals.

Fulvic acid enhances the availability of nutrients and makes them more readily absorbable. It also allows minerals to regenerate and prolongs the residence time of essential nutrients. It prepares nutrients to react with cells. It allows nutrients to inter-react with one another, breaking them down into the simplest ionic forms chelated by the Fulvic acid electrolyte.

Fulvic acid readily complexes with minerals and metals making them available to plant roots and easily absorbable through cell walls. It makes minerals such as iron that are not usually very mobile, easily transported through plant structures. Fulvic acids also dissolve and transport vitamins, coenzymes, auxins, hormones, and natural antibiotic that are generally found throughout the soil, making them available. These substances are effective in stimulating even more vigorous and healthy growth. These substances are produced by certain bacteria, fungi, and actinomycetes in decomposing vegetation in the soil. It has been determined that all known vitamins can be present in healthy soil. Plants manufacture many of their own vitamins, yet these from the soil further supplement the plant. Upon ingestion, these nutrients are easily absorbed by animals and humans, because they are in the perfect natural plant form as nature intends. Fulvic acid can often transport many times its weight in dissolved minerals and elements.

Fulvic acid metal organic complexes are of a low molecular weight, and because of this they are also of low molecular size, and are capable of a high degree of penetration into cells. Fulvic acid complexes and chelates are able to readily pass through semi-permeable membranes such as cell walls. Yet it is important to note that it has also been determined that Fulvic acids not only have the ability to transport nutrients through cell membranes, they also have the ability to sensitize cell membranes and various physiological functions as well.

Fulvic acid appears to cause the genetic mechanism of plants to function at a higher level. It has been concluded that any means by which plant cells are exposed to Fulvic acid can improve growth. Oxygen is absorbed more intensely in the presence of Fulvic acids. Fulvic acid aids in penetrating

roots and then quickly transports to the shoots of plants. Fulvic acid relieves oxygen deficiency and increases the vital activity of cells. Fulvic acids change the pattern of the metabolism of carbohydrates, resulting in an accumulation of soluble sugars. These soluble sugars increase the pressure of osmosis inside the cell wall and enable plants to withstand wilting. Fulvic acid enhances growth and may stimulate the immune system.

An important aspect of humic substances is related to their sorptive interaction with environmental chemicals, either before or after they reach concentrations toxic to living organisms. The toxic herbicide known as Paraquat is rapidly detoxified by humic substances (Fulvic acids). Fulvic acids have a special function with respect to the demise of organic compounds applied to soil as pesticides. It has been established that Fulvic acid is vital in helping to form new species of metal ions, binding with organic pollutants such as pesticides and herbicides, and catalyzing the breakdown of toxic pollutants. Radioactive substances react rapidly with Fulvic acid, and only a brief time is required for equilibrium to be reached. All radioactive elements are capable of reacting with Fulvic acid and thus forming organo-metal complexes of different adsorptive stability and solubility.

Fulvic acids are especially important because of their ability to complex or chelate metal ions and interact with silica. It has been shown that these interactions may increase the concentrations of metal ions and silica found in water solutions to levels that are far in excess of their assumed dissolution ability.

Fulvic acid complexes have the ability to bio-react one with another, and also inter-react with cells to synthesize or transmutate new mineral compounds. The transmutation of vegetal silica and magnesium to form calcium in animal and human bones is a typical example of new synthesis of minerals.

Enhances the Permeability of Cell Membranes

Fulvic acids act as specific cell sensitizing agents and enhance the permeability of the cell membrane.

Fulvic acid intensifies the metabolism of proteins, RNA, and DNA. It has been found that Fulvic acid definitely increases DNA contents in cells, and also increases and enhances the rate of RNA syntheses.

Catalyzes Vitamins within the Cell

Fulvic acid has the ability to complex vitamins into its structure, where they are presented to the cell in combination with complexed minerals. In this perfect natural condition, they are able to be catalyzed and utilized by the cell. In absence of adequate trace minerals, vitamins are unable to perform their proper function.

Chelates All Monovalent & Divalent Elements to Which It Is Exposed

Fulvic acid has the power to form stable water soluble complexes with monovalent, divalent, trivalent, and polyvalent metal ions. It can aid the actual movement of metal ions that are normally difficult to mobilize or transport. Fulvic acids are excellent natural chelators and cation exchangers, and are vitally important in the nutrition of cells.

Role of Fulvic Acid in Sports

The root of all disease